Power generated from offshore wind may only make up a small percentage of global electricity supply today, but with the arrival of innovative technologies and further rationalising existing ones – including floating offshore wind farms – this renewable energy source is set to significantly expand over the coming decades. When Vindeby Offshore Wind Farm went into operation off the Danish coast in 1991, it sparked the rise of the offshore wind market. At the time, many were skeptical about installing wind turbines on fixed foundations out at sea, but Vindeby and other early offshore wind farms proved the feasibility of the concept. Hornsea One, which commenced operations in 2019, is currently the largest offshore wind farm in the world. Located off the UK coast, it produces enough energy to power well over one million homes.

Today, the offshore wind market’s installed capacity tops 29 gigawatts (GW) globally, with 6.1 GW of new capacity added in 2019. Despite this growth, offshore wind provided only a tiny fraction of global electricity supply in 2018, according to figures from the International Energy Agency (IEA). Nevertheless, it is set to expand strongly in the coming decades into a US$1 trillion business, with the potential to generate more than 420,000 TWh per year worldwide. This is more than 18 times global electricity demand today.

A history of European leadership

As the examples above show, Europe has been a particularly strong force behind the market’s development, led by the UK, Germany and Denmark – with these countries bordering the North Sea benefitting from high-quality wind resources and relatively shallow water. According to the IEA, European strength in this renewable energy source is set to continue, with current EU policies aiming to multiply offshore wind capacity by four over the next decade. “We are building on this three-decade legacy by supporting the construction of Seagreen 1 which, when complete, will be Scotland’s largest offshore wind farm,” underlines Steve Mould, Global Business Development Lead at Linxon. The wind farm, which will be able to provide around one million homes with renewable electricity each year, will consist of 114 10-megawatt Mitsubishi Vestas turbines. Linxon’s EPC scope includes the design, supply and construction of all onshore civil works and HVAC electrical system equipment at both the onshore Tealing substation site and within the topside, reflecting the company’s extensive experience in renewable energy projects.

Even while the European contribution is set to stay robust, China added more capacity than any other country in 2018 (with 1.6 GW), and growth is expected to increase around the world. The IEA reports that global offshore wind capacity is projected to increase 15-fold to 2040, matching capital spending on gas- and coal-fired capacity over the same period.

What could bolster this market further, which is notably more expensive than onshore wind due to more costly installation, difficulty of access and harsher offshore conditions? According to the International Renewable Energy Agency (IRENA), increasing economies of scale, more competitive supply chains and further technological improvements will continue to reduce the costs of windpower. Technological progress also means the development of smaller and more automated digital substations, the energisation of other offshore assets such as existing oil fields as well as the realization of a true offshore grid such as the one envisioned in the North Sea.

Further digital technologies – such as the increased employment of smart sensors – to allow remote monitoring and inspections would be another way to reduce costs and boost this market. And technological innovation would need to be coupled with more flexible smart grids to manage the integration of greater quantities of variable renewable energies, along with innovative business models and holistic policies, including education and skills policies.

The rise of North America

Looking to the future, China is set to close the gap on Europe by 2040, while in the US, state-level targets are setting the course for rapid growth over the next decade. Other regions to watch for future development include India, Korea, Chinese Taipei, Japan and Canada.

A 2020 report by the Global Wind Energy Council (GWEC) has found that, today, North America has just 30 MW of offshore wind capacity, but the report anticipates that it will add 23 GW by 2030. Linxon is, again, playing a role in this emerging market. The company will construct a turnkey 220/115-kilovolt substation for Vineyard Wind 1, the first utility-scale offshore wind project ever built in the US. The project will generate cost-competitive electricity for more than 400,000 homes and businesses across the Commonwealth of Massachusetts and is expected to reduce carbon emissions by more than 1.6 million tons per year.

“We are proud to be involved in this landmark offshore wind energy project,” Steve Mould adds. “Aside from the positive environmental impact, the substation – which will commence construction in 2021 and be fully commissioned by 2023 – will guarantee local jobs for the next 25 years in both operations and maintenance.”

Going beyond putting wind turbines on fixed foundations at sea, the wind industry has now embarked on an even more ambitious step: attaching them to floating platforms in the water, which are tethered to the seabed – a solution which is now reaching commercial maturity. Its potential is being underlined by the Hywind Scotland wind farm, which has a total capacity of 30 MW, and WindFloat Atlantic, off the coast of Portugal, whose first platform began operations in early 2020.

According to IRENA, floating foundations are potentially game-changing technology and could lead the way for rapid future growth in the offshore wind power market. The agency quotes industry experts who estimate that floating wind farms could cover around 5% to 15% of the global offshore wind installed capacity (almost 1,000 GW) by 2050. “The aim is to gain access to areas with offshore wind potential not suitable for fixed-bottom offshore platforms,” explains Jose Restrepo, Global Head of Engineering at Linxon.

“Such fixed platforms are restricted to water depths of around 50 meters so floating platforms offer access to a much wider range of locations and therefore greater potential capacity.”

Floating substations: soon to be reality Linxon has developed a floating substation concept to interconnect an offshore wind farm together with their partners Atkins (who are providing the naval engineering and floating substructure concept) and Hitachi ABB (who are providing the high-voltage equipment and technology). Meanwhile, Linxon is managing the project drivers, solution integration, system design, interconnection and grid compliance. Jose Restrepo continues: “We are introducing a concept that can address the current market needs and be adapted for emerging applications. The floating substation is soon to be reality.”

The project-specific conditions that determine the viability of a floating substation include water depth, metocean environment, power levels, distance from shore and motion characteristics. The substation design has been assessed by Atkins, who have selected a four-leg semi-submersible solution, which has better motion characteristics. Meanwhile, Linxon has selected the major electrical design features.

“The weight and dimensions interact in a complex way with the floating substructure movement so how we layout the equipment on the substation is important,” Jose Restrepo says. “There are many different moving pieces to reconcile in the design process and we’re following an iterative approach.” The project partners are also making use of digitalisation to optimise the design and maximise autonomous operation and remote condition monitoring. “We are excited to be developing a solution, employing state-of-the-art technologies, that will help shape the future of the offshore wind market,” he adds. The development of concepts like the floating substation, alongside landmark projects such as Seagreen 1 and Vineyard Wind 1, are an example of innovations that point to a brighter future. This is a future that not only expects to see the offshore wind sector grow around the globe, but also the use of new technologies to enable this market to reach its potential.

The recent GWEC report anticipates a further 6.6 GW of capacity to be installed in 2020 – more than in the previous year – despite the challenges of the global pandemic. The report also predicts that the sector will create 900,000 jobs over the next 10 years, indicating that offshore wind could contribute to a lower-carbon economic recovery. If such technological, environmental and economic potential can be unleashed, offshore wind represents a reason to be optimistic on our road to positively reshaping the energy sector.

More info on the reports mentioned in the article can be found here. 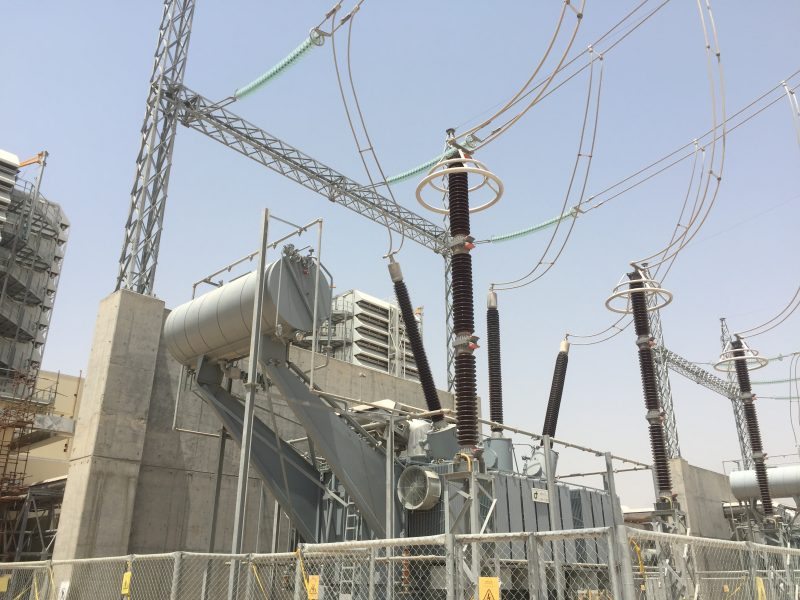 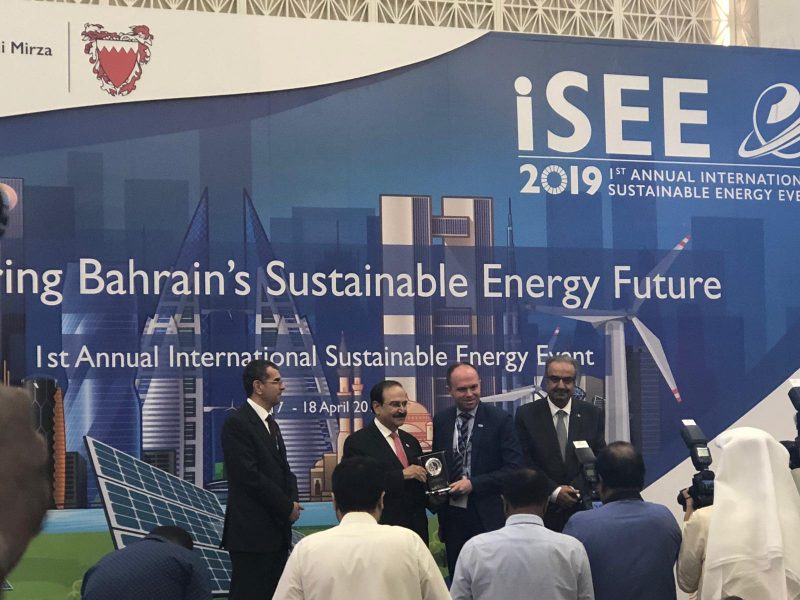 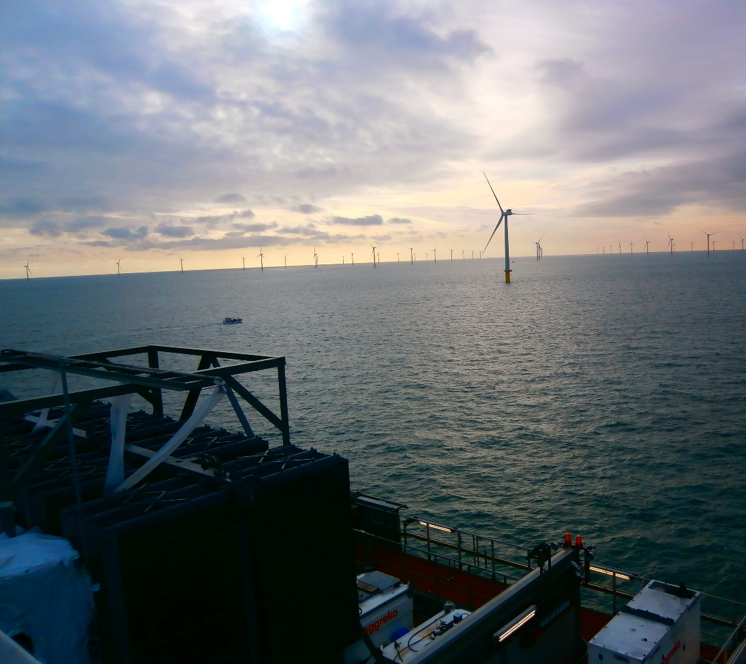